While developing tests for my app, I wanted to have an integration with Laravel Forge in this order:

Don’t forget to change the environment in phpunit.xml for example to change to a custom database:

Create a file tests.sh and insert:

Using other services than Travis or creating a custom test service 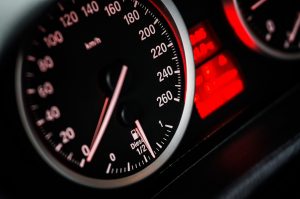 I am working with a pretty heavy Laravel site with many requests and lots of Eloquent/SQL calls. Even though the high-memory and high-cpu VPS, I felt there is room for performance improvement. That is why I would like to write out some improvements to speed up Laravel:

1. Use Database or Redis for cache and sessions

When you navigate to config/cache.php and config/session.php, you see that the default CACHE_DRIVER and SESSION_DRIVER = file. If you have Redis installed, just try to set it as a cache and session driver. Check if Redis is installed by running:

If it is installed, try to define the drivers in your .env file:

There are various artisan commands that are made to cache several parts of Laravel. You can configure them in the deployment process of Laravel Forge or Envoyer:

Do a run at https://developers.google.com/web/fundamentals/performance/ and optimize several steps:

Images sometime possess useless extra data that can be lossless optimized. Therefore you can use the packages OptiPNG and JPEGOptim. In Ubuntu install OptiPNG:

Now navigate to the folder that you would like to optimize its images. For optipng run:

4. Use HTTP2 instead of HTTP 1.1 if you have an SSL certificate enabled

The following guideline helps you through the process of updating to HTTP2 in Nginx.

Note that you need to have a SSL certificate. Google PageSpeed gave a server speed change from 0.52s (without HTTP2, with SSL) to 0.35s (with HTTP2)

5. Cache response in Redis or File

Sometimes it is unnecessary that the page is called from a database many times. Just caching the page reduces quite some load. That is exactly the same idea of the Laravel Response Cache plugin. The install instructions are quite good. In my case it had a drastic performance improvement.

Result: about 200 ms speed increase in my case

And add for example:

My server regularly had Redis full-memory issues and high loads. This was solved by adding some swap to Ubuntu. As described by DigitalOcean:

One of the easiest way of increasing the responsiveness of your server and guarding against out of memory errors in your applications is to add some swap space. Swap is an area on a hard drive that has been designated as a place where the operating system can temporarily store data that it can no longer hold in RAM.

Read more about adding swap at the DigitalOcean website.

Result: a reduction in load when entering the ‘top’ command

When using Laravel Eloquent models with relations it’s tempting to use ‘lazy loading’. That is a way of getting relational models in a loop. E.g.:

How to find queries that may need optimization?

Don’t know how to find queries that might need some optimization? E.g. that might need eager loading instead of lazy loading? The easiest way is to install and enable Laravel Debugbar on your development server. With this toolbar you can view the queries per page. If you see lots of queries that could have been simplified with a simple join or in-query, you know it’s your queue to optimize that script with eager loading.

Result: Each query saved, couple of milliseconds per query

This list is still a work-in-progress list, although above tips gave me a speed improvement of MORE THAN 1 SECOND. Got any tips, let me know in the comments!

Prevent that /login is the default path for login

Thanks to Stackoverflow. Go to your routes/web.php

Remove the registration and password reset routes if you don’t want people to register, e.g. for admin panels.

Change in App/Exceptions/Handler.php the redirect to: